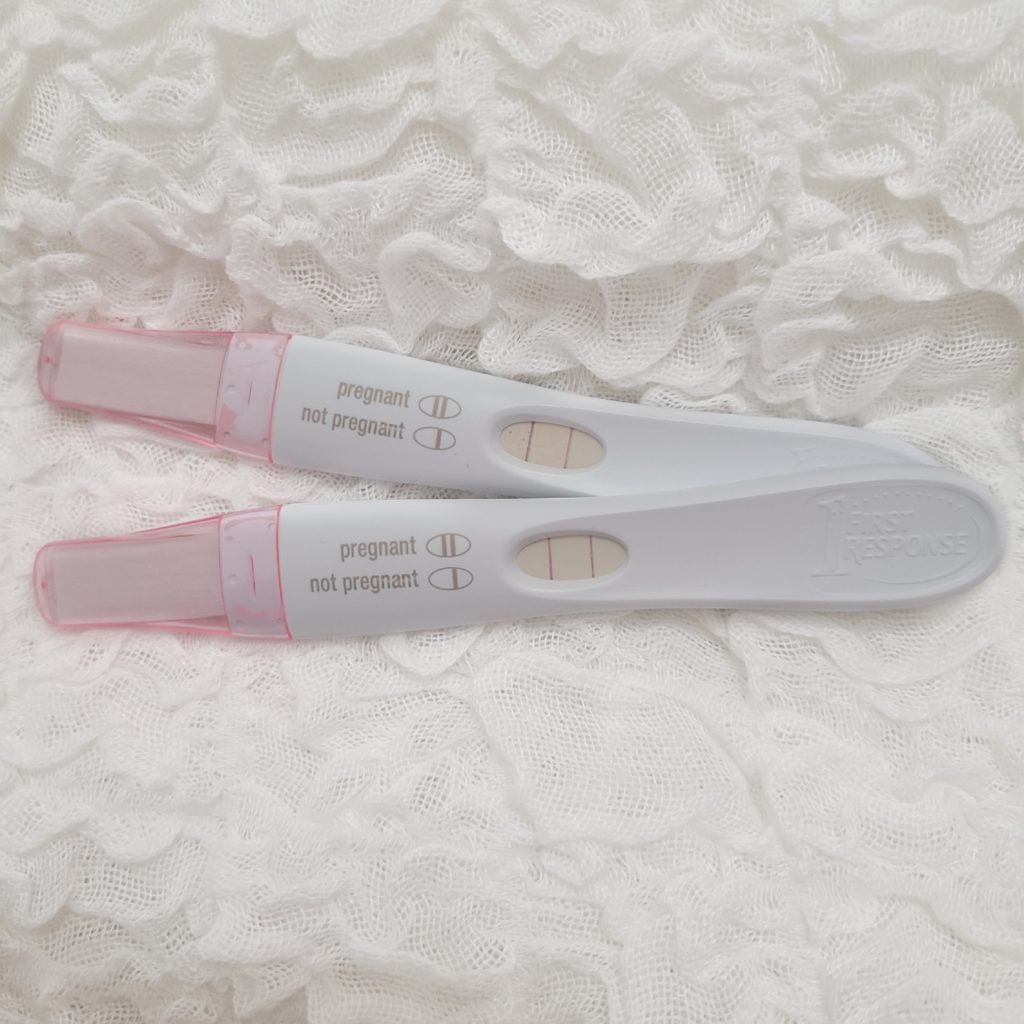 I’ve known forever that I wanted to be a mom. I felt like I won the lottery when I met Noah and he shared with me how much he wanted to one day be a dad. About a year and a half after we got married, we decided we were totally ready to start a family. I already had in my mind that I wanted to do something special for Noah the day that I found out that I was pregnant. So, I purchased a special mug on Etsy for my coffee-loving husband and hid it in the back of a closet that he never looks in. 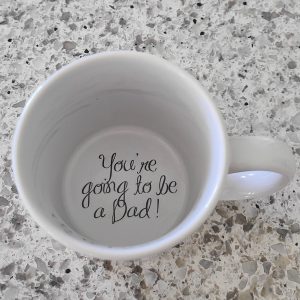 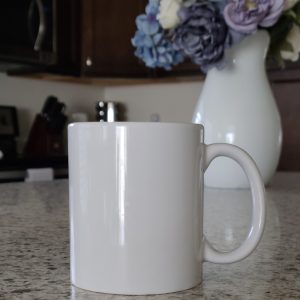 I know that just wanting to get pregnant doesn’t make you pregnant. I know that it takes time and I know that some couples struggle for months, years, or all their child-bearing lives with fertility issues. I know how lucky and truly blessed we were to be able to conceive after only a few months of trying, but the 3 months I peed on a stick with no luck really were disheartening and discouraging.

One morning, Noah asked if my monthly cycle had started. In my head, I instantly realized I was 2 days late!! I fibbed and told him yes (hated myself for it!). He was super bummed and went downstairs to have his morning coffee. I threw off the blankets and quickly grabbed a pregnancy test. I was honestly in utter disbelief when I saw 2 pink lines pop up! I hid it in my makeup bag, smooshed my dog’s face, whispered “I THINK I’M PREGNANT!!” and ran downstairs to drink more water so I could confirm my findings with another test. An hour later, I took a second test and the lines popped up even quicker it seemed! My heart was going a mile a minute.

This is where my plan got a little sticky – I knew I wanted to tell Noah using the coffee cup, but he already had, like, 2 cups of coffee and I didn’t want to wait until the next morning to tell him! Suddenly, I was searching the Internet like mad for single-serving dishes you could make in a coffee mug. I found a recipe for a single-serving egg-bake that seemed promising. After what felt like an eternity trying to convince him to have one, he said he’d eat one if I had one too. He got in the shower and I quickly got to work. I made one for him and one for me.

We ate together on the couch while watching some TV. Another flaw in my plan – cooked eggs can leave quite the residue, and even once he was “done” with his dish, the bottom of the mug (with the secret message) was still mostly covered. He didn’t notice it at all!! I of course didn’t know this, so I was completely confused when he got up from the couch without saying anything.

After washing the mug, he finally saw the message… and to say that he was surprised and excited would be an understatement! Something this video doesn’t show because of the distance and the angle, is the massive smile he had plastered across his face. He now uses this mug every morning for his coffee.

After this video, we ran upstairs so I could show him the 2 tests I took! For “fun” we even went to Walgreens to get some Clearblue tests that straight-up say “PREGNANT” or “NOT PREGNANT” to really seal the deal. It feels like yesterday how giddy we were to see the word “PREGNANT” on those tests. So many happy tears. We are so so ready to welcome our Little Love into this world. 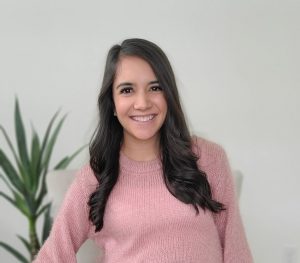